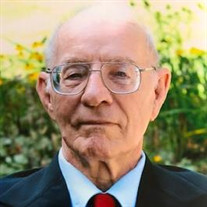 Brother Richard J. Hastings, 88, died unexpectedly on November 10, 2018 at Xaverian House in Danvers. He had been a member of the Congregation of the Brothers of Saint Francis Xavier for seventy years. Born in Brooklyn, NY on Apr. 20, 1930, he was the son of the late Raymond and Catherine (Comerford) Hastings. He was educated by the Xaverian Brothers at Saint Joseph Juniorate in Peabody and entered the congregation in 1948, receiving the religious name Brother Ivo. He received his bachelor’s degree from Catholic University in 1953 and would later earn his master’s degree at New York University. Brother’s teaching ministry began at Cardinal Hayes High School in the Bronx where he taught from 1953-1958 and again in the 1960-1961 school year. From 1958-1960, Brother taught at Saint John’s Preparatory School in Danvers. In 1961 he took an assignment at Our Lady of Good Counsel High School in Wheaton, MD where he taught until 1972. He then taught at Saint Xavier High School in Louisville, KY until 1984. Drawn to work with the most marginalized among us, Brother Richard took an assignment at the David School in the foothills of Appalachia in 1984, working in alternative education for students who had fallen behind in traditional schools. He then spent ten years working at Sacred Heart School in Camden, MS, until his retirement from active ministry in 1997. He lived in residence at Saint Mary’s Ryken High School until 2005, when he became a member of the community at Xaverian House in Danvers. In addition to his brothers in religion, he leaves three sisters, Kathleen Larkin, Anne Murphy, and Mary Bushey, a brother, Raymond Hastings, and their families. His Funeral Mass will be celebrated on Wednesday, Nov. 14, 2018 at 2:30PM in the Chapel of Saint John’s Preparatory School, 72 Spring St., Danvers. Burial will follow in Xaverian Brothers Cemetery. Relatives and friends are invited. Visitation will begin at 1:30PM in the Chapel. In lieu of flowers, donations in Brother Richard’s name may be made to the Xaverian Brothers Retirement Fund, 4409 Frederick Ave., Baltimore, MD 21229.

Brother Richard J. Hastings, 88, died unexpectedly on November 10, 2018 at Xaverian House in Danvers. He had been a member of the Congregation of the Brothers of Saint Francis Xavier for seventy years. Born in Brooklyn, NY on Apr. 20, 1930,... View Obituary & Service Information

The family of Brother Richard J. Hastings C.F.X. created this Life Tributes page to make it easy to share your memories.