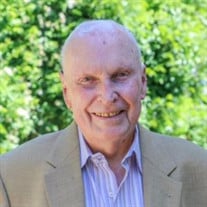 DANVERS—Brother James E. Malone, CFX, 85, died August 1, 2021 in the Kaplan Family Hospice House in Danvers. He was a member of the Congregation of the Brothers of Saint Francis Xavier for sixty-six years. Born in Somerville on June 29, 1936, he was the son of the late James and Julia (Buckley) Malone. He was raised and educated in Somerville, graduating from Saint Clement High School in 1955. Following graduation, he entered the Xaverian Brothers. On September 8, 1955, he received the holy habit taking the religious name Brother Liam. Following studies at Xaverian College, Brother James received a bachelor’s degree from Catholic University in 1961 and would return to the CU campus to earn a master’s degree. During his long career in education, Brother James would do post-graduate studies at various institutions, including Assumption College, St. Louis University, Michigan State, Fordham University, Xavier University in New Orleans, and Chicago’s Catholic Theological Union. Beginning his teaching ministry in 1961, he taught history and religion at Notre Dame High School in Utica, NY, St. John’s High School in Shrewsbury, and Malden Catholic High School. In 1975, he was named assistant principal at Lansing Catholic Central High School in Michigan, where he would also serve as principal. A gifted administrator, Brother James was named Superintendent of Schools for the Archdiocese of Portland in Oregon in 1980 and then for the fledgling Diocese of Metuchen in 1982. In 1988, Brother James was appointed Coordinator of Xaverian Brothers Sponsored Schools for the American Central Province, and in 1994 was named Staff Development Director at Bishop Kearney High School in Brooklyn, NY. In 1998, he was once again tapped to lead a diocesan school system when he was named Superintendent of Schools for the Diocese of Wilmington, DE. He then served at Saint Elizabeth High School in Wilmington, DE and then as Coordinator of Mission and Ministry at Pope St. John Paul II High School in Slidell, LA before retiring to the Ryken House community and then Sacred Heart Village, both in Louisville, KY. He had been a member of the Xaverian House community in Danvers since 2020. In addition to his brothers in religion, he leaves two brothers, Eugene Malone of Somerville and Bernard Malone of Salisbury, and numerous nieces and nephews. His Funeral Mass will be celebrated on Friday, August 6, 2021 at 11AM in the Saint John’s Preparatory School Chapel, 72 Spring St., Danvers. Burial will follow in Xaverian Brothers Cemetery, Danvers. Relatives and friends are invited. Visitation will be prior to Mass from 10AM to 11AM in the chapel. In lieu of flowers, contributions in Brother James’ name may be made to the Xaverian Brothers Retirement Fund, 4409 Frederick Ave., Baltimore, MD 21229. Arrangements are under the direction of C.R. Lyons & Sons Funeral Directors, 28 Elm St., Danvers. To share a message of sympathy, please visit www.LyonsFuneral.com.

DANVERS&#8212;Brother James E. Malone, CFX, 85, died August 1, 2021 in the Kaplan Family Hospice House in Danvers. He was a member of the Congregation of the Brothers of Saint Francis Xavier for sixty-six years. Born in Somerville on June... View Obituary & Service Information

The family of Brother James E. Malone, C.F.X. created this Life Tributes page to make it easy to share your memories.