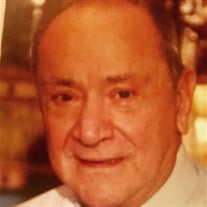 Brother Henry F. Marino, C.F.X., 84, a member of the Congregation of the Brothers of Saint Francis Xavier for sixty-three years, died Monday, August 26, 2019 at the Mary Immaculate Nursing Home in Lawrence. Born in Brooklyn, NY on Sept. 30, 1934, he was the son of the late Henry and Lucy (DiChiara) Marino. He was raised and educated in New York, graduating from New Utrecht High School in 1951 and Saint John’s University in 1956. That July, he entered the Xaverian Brothers and on September 8, 1956 received the religious habit, taking the name Brother Rigo. Brother Henry’s teaching ministry began in Somerville, where he taught at Saint Joseph School. He then taught at Holy Name School in Brooklyn until 1962. In the next ten years, Brother Henry’s assignments would include St. Xavier High School in Louisville, KY and Mt. St. Joseph High School in Baltimore. In 1972 Brother Henry returned to Brooklyn where he taught at Xaverian High School for fourteen years. Several short assignments would follow until he was assigned to Malden Catholic High School in 1996. Brother would remain at Malden Catholic until retirement to Xaverian House in Danvers in 2011. Brother Henry received a master’s degree from Notre Dame in 1971 and completed post-graduate studies at the Institute for Spirituality and Worship in Berkeley, CA. In addition to his brothers in religion, he leaves several nieces and nephews. He was predeceased by his sisters, Gertrude, Lucy, and Vera. His Funeral Mass will be celebrated on Thursday, August 29, 2019 at 10AM in the Chapel of Saint John’s Preparatory School, 72 Spring St., Danvers. Burial will follow in Xaverian Brothers Cemetery. Visitation will be prior to the mass beginning at 9AM. In lieu of flowers, donations in Brother Henry’s name may be made to the Xaverian Brothers Retirement Fund, 4409 Frederick Ave., Baltimore, MD 21229.

The family of Brother Henry Marino CFX created this Life Tributes page to make it easy to share your memories.