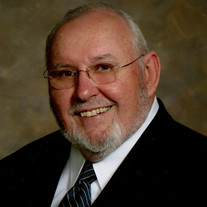 DANVERS—Brother Frederick R. Codair, C.F.X., 84, died Saturday morning, July 14, 2018 at the Kaplan Family Hospice House. He had been a member of the Congregation of the Brothers of Saint Francis Xavier for sixty-six years. Born in Beverly on March 7, 1934, he was the son of the late Emil and Frances (Dunn) Codair. He was raised in Peabody and was a graduate of Saint John’s Preparatory School, Class of 1952. He entered the Xaverian Brothers the following September, and on March 19, 1953 received his religious habit, taking the name Brother Cahil. He professed vows two years later, on March 19, 1955. Brother Frederick received his bachelor’s degree in Latin and Greek from the Catholic University in Washington in 1958 and returned there for a master’s degree in library science in 1972. He pursued further graduate studies over the years in computer science at Salem State College. His teaching apostolate began at Xaverian High School in Brooklyn in 1958. After short stints at Saint John’s High School in Shrewsbury, Xaverian College in Manchester, England, and Saint John’s Preparatory School in Danvers, Brother Frederick became librarian and Latin IV teacher at Malden Catholic High School in 1971. He was named Headmaster at Malden Catholic in 1977. Following his term as Headmaster, he returned to the North Shore where he became librarian at Bishop Fenwick High School in Peabody. After eighteen years at Fenwick, Brother Frederick took his final assignment, as a librarian at Saint John’s Preparatory School in Danvers in 1998. He retired from active ministry in 2012 and had been a resident of Xaverian House in Danvers since 2007. In addition to his brothers in religion, Brother Frederick leaves his brother and sister-in-law, Richard and Lois Codair of Sanibel Island, FL, a niece, Cheryl Codair, nephews, Richard Codair and Michael Codair, and their families. His Funeral Mass will be celebrated on Friday, July 20, 2018 at 11AM in Saint Richard Church, 90 Forest St., Danvers. Burial will follow in Xaverian Brothers Cemetery, Danvers. Relatives and friends are invited. Visitation will be prior to the Mass from 9:30-10:45 in the church. In lieu of flowers, donations in his memory may be made to the Xaverian Brothers Retirement Fund, 4409 Frederick Ave., Baltimore, MD 21229. Arrangement are by C.R. Lyons & Sons Funeral Directors, 28 Elm St., Danvers Square. www.LyonsFuneral.com.

DANVERS&#8212;Brother Frederick R. Codair, C.F.X., 84, died Saturday morning, July 14, 2018 at the Kaplan Family Hospice House. He had been a member of the Congregation of the Brothers of Saint Francis Xavier for sixty-six years. Born in... View Obituary & Service Information

The family of Brother Frederick R. Codair C.F.X. created this Life Tributes page to make it easy to share your memories.