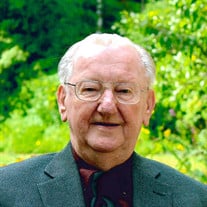 Brother Edward J. Keefe, C.F.X. (Brother Ephrem) of Danvers, a Xaverian Brother, died Friday at the Kaplan Family Hospice House in Danvers. He was 84. Brother Keefe was the longest-serving headmaster at St. John’s Prep, leading the Xaverian Brothers’ all-boys preparatory school in Danvers from 1974 to 1989. Brother Keefe was born in Lowell, the son of Josephine and Thomas Keefe. His early education was in Lowell, where he attended St. Patrick’s grammar school and graduated from Keith Academy in 1949. He entered the Congregation of the Xaverian Brothers in September 1949, received his religious habit in March 1950, and made his profession of vows in March 1952. He studied at the Sacred Heart Novitiate in Old Point Comfort, Virginia; Catholic University in Washington, D.C.; LaSalle College in Philadelphia; and Assumption College in Worcester. During his ministry as a Brother, he served at Keith Academy in Lowell, Mission High School in Boston, Saint John’s High School in Worcester, and St. Michael’s High School and Xaverian High School in Brooklyn, as well as St. John’s Prep in Danvers. Brother Keefe first came to St. John's in 1961 as a young teacher, coach and prefect. In 1968 he accepted a new assignment as superior of the Keith Academy community in Lowell, but returned to the Prep, which he considered home, in 1971. He was named headmaster at St. John's in 1974. Brother Keefe also served the Xaverian Brothers as treasurer of the St. Joseph Province, director of Xaverian House in Danvers, and provincial of the American Northeast Province. From 1999 to 2000, and then again from 2001 to 2006, he taught at St. Joseph Centre in Bungoma, Kenya, the Brothers’ formation program in Africa. In the fall of 2015, St. John’s Prep honored Brother Keefe’s dedication to education by announcing that the school's newly constructed high school academic building would be known as the Brother Keefe, C.F.X. Academic Center. He attended the dedication ceremony, as the St. John’s Prep community came together to celebrate his life and legacy. “Together, we stand here to show our gratitude to a giant in the history of St. John’s and the Xaverian Brothers,” Headmaster Edward Hardiman of St. John's said. “Wise and warm, practical and inspiring, he was a transformational leader for St. John’s. Without his vision and passion, the Prep would not be where it is today.” In addition to his brothers in religion, he is survived by his loving cousins, nieces and nephews. He was predeceased by his parents, Thomas and Josephine (Manning) Keefe and five siblings, Catherine, Thomas Jr., Joseph, Mary and James. His Funeral Mass will be celebrated at 10AM on Thursday, February 11, 2016 in the Chapel of Saint John Preparatory School, Spring St., Danvers. Visitation will be held on Wednesday from 3:30-7PM in the Bro. Keefe, C.F.X. Academic Center (located on Saint John Preparatory School Campus). Burial will follow in Xaverian Brothers Cemetery. In lieu of flowers, donations may be made in Brother Keefe’s memory to Xaverian Brothers Retirement Fund, 4409 Frederick Ave, Baltimore, MD 21229.

The family of Brother Edward J. Keefe, C.F.X. (Brother Ephrem) created this Life Tributes page to make it easy to share your memories.