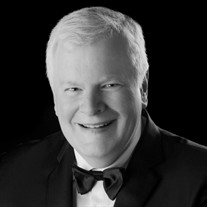 Deacon Brian F. Shea, Pharm.D., 60, of Peabody, passed away peacefully on October 10, 2021 surrounded by his beloved family. He was the devoted husband of Maureen (Cashman) Shea with whom he shared 34 years of marriage. Born in Salem on April 5, 1961, he was the son of the late Dennis and Jeanne (Silva) Shea. Brian was raised and educated in Peabody and graduated from Peabody High School in 1979. He received his bachelor’s degree and his doctorate in pharmacy from Northeastern University, in 1985 and 1988 respectively. Brian was a believer in love at first sight. After eight months of knowing Maureen, he finally had the courage to ask her on their first date in April 1982. Little did they know this would be their last first date, and the two happily married on September 26, 1987. For their 34th anniversary last month, Maureen and Brian renewed their wedding vows in his hospital room. An ever constant reminder of those vows, they both have been an unwavering example to their children of true love and high standards. Their children remember fondly their mother laughing at Dad’s jokes and smiling at his kitchen operas, finding his “lost” glasses, and buying him chocolate cherries, root beer, and “tractor tire” donuts - just because she knew he liked them. Their children also recall Dad always being the epitome of a true gentleman: holding the door open for Mom, buying her flowers, complimenting her new haircuts and outfits, and sharing the last bite of cake. These little moments of love have not gone unnoticed, and have touched their hearts forever. One of the proudest accomplishments in his life, aside from marrying the love of his life and raising their four wonderful children together, was becoming an ordained permanent deacon in the Archdiocese of Boston on September 30, 2017. Brian was assigned to serve his parish, Saint Mary of the Annunciation in Danvers, where he ministered faithfully to the community with faith, hope, and love until his death. On September 29, 2021, Brian was honored to be knighted into the Equestrian Order of the Holy Sepulchre. Brian was a great person, always mission-focused to make a difference in the lives of others. Professionally, medication and patient safety were guiding pillars in his life. With over twenty years of consulting and health safety experience, Brian will be remembered for his passion for the health and safety of others, as a convener of great thinking and a facilitator of new ideas - all with the goal of solving some of healthcare’s most challenging problems. Brian will be remembered as an intellectual, a forever student of life. While in pharmacy school at Northeastern University, Brian privately pursued studies in Music Performance (clarinet) and Conducting with Mr. Attilio Poto at the Boston Conservatory of Music. Brian was also originally accepted into Boston University for Music Performance, but opted to study Electrical Engineering and Computer Science. More recently, Brian was pursuing a Master of Arts in Theology with a Concentration and Certification in Bioethics from the Holy Apostles Seminary and College. His search for knowledge was never ceasing, inspiring his children to learn more about astronomy, religion, philosophy, history, music, marksmanship, animals (especially birds), culinary arts, and the fine art of mowing a “regulation” length lawn. Brian always had a new hobby - from restoring historic firearms to learning how to play the bass guitar - and found joy in sharing those passions with his close family and friends. Brian enjoyed taking hikes and exploring the natural beauty around him, and had recently obtained his boating license. Driving his children to swim practices and meets for nearly three decades inspired him to volunteer as a National Championship Certified Official and Referee, USA Swimming and YMCA Competitive Swimming, for fifteen years. He was a proud supporter of his children’s swimming careers, all of them continuing to compete at the collegiate level. In 2013, Brian discovered his most meaningful volunteer opportunity with the Christian ministry, My Brother’s Keeper, delivering furniture and food to more than 3,000 families in need in southeastern MA. Brian was also a proud BAA Boston Marathon Volunteer, where he offered his services as a Military Auxiliary Radio Systems (MARS) Operator. Brian served honorably as a lieutenant in the United States Navy Reserves from 1996-2004. He direct commissioned into the Medical Service Corps based at South Weymouth Naval Air Station, as part of Naval Hospital Long Beach 301. In addition to his wife, Maureen, he is survived by his four children: Sara Bresslin and her husband, Josh of NH, Patrick Shea and his wife, Inna of GA, Julie Paroline and her husband, Micah of VT and Christine Shea of Peabody and her fiancé, Zach Joseph of NY. Brian is also survived by his siblings, Kevin and Denise Shea of Peabody, as well as a loving “fur missile”, his adoring German Shepherd, Jorgia Bailey. Deacon Brian will lie in repose on Sunday, October 17, 2021 from 4-8PM in Saint Mary of the Annunciation Church, 24 Conant St., Danvers, where his wife and children will receive friends and family. His Funeral Mass will be celebrated in the church on Monday, October 18, 2021 at 11AM. Relatives and friends are invited. Services will conclude with burial in Annunciation Cemetery, 155 Hobart St., Danvers. In lieu of flowers donations may be made in Brian’s name to My Brother’s Keeper, PO Box 338, Easton, MA, 02356 or Saint Vincent de Paul Society, 24 Conant St., Danvers, MA, 01923. Arrangements are under the direction of C.R. Lyons & Sons Funeral Directors, 28 Elm St., Danvers.

Deacon Brian F. Shea, Pharm.D., 60, of Peabody, passed away peacefully on October 10, 2021 surrounded by his beloved family. He was the devoted husband of Maureen (Cashman) Shea with whom he shared 34 years of marriage. Born in Salem on... View Obituary & Service Information

The family of Deacon Brian F. Shea created this Life Tributes page to make it easy to share your memories.