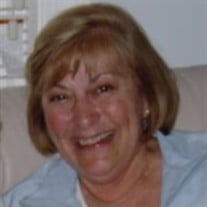 DANVERS- Barbara Jean (Begin) (Ash) Morin, 80, passed away on October 1, 2021 in the Village Regional Hospital, Florida, with her loving partner, John Oubre by her side. Born on November 19, 1940 in Danvers, Mass., she was the daughter of the late Raymond and Mildred (Maurais) Begin. She was raised and educated in Danvers and graduated from Holten High School in 1959. Barbara married and had four children by the young age of 22. Barbara worked multiple jobs, one being a dedicated bus driver for the Town of Danvers. Upon graduation from Salem State College, Barbara achieved her dream of becoming an educator in the Danvers school system until her retirement. Once retired, she moved to the Villages, Florida. Barbara had many interests, some of which included dancing (all kinds) bowling, golf, cards (all kinds) including casino and shuffleboard. Most of all, she enjoyed spending time with her family and friends. In addition to her partner, John, she is survived by her children, Richard and Lisa Ash, Cheryl “Diane” and Jeffrey Van Knowe, David and Karen Ash and Susan and Christopher Ayles, all of Danvers, her stepchildren, Douglass and Kimber Morin of Middleton, Duane Morin of Danvers, Paula and Mark McHale of Danvers and Matthew and Jennifer Morin of NH, her grandchildren, Ashley (Conway) and Matthew Carlson, Jeffrey and Abby Ash, Jason Ash, Megan Ash and her fiancé Andrew Gallione, Christina Van Knowe, Austin, Brody, Victoria and Maxwell Morin, Sean, Kaylee and Ryan McHale and great grandchildren, Carter and Day Jolene Carlson, nieces and nephews, Debbie Moran, Barbie Norris, Bobby and Ronny Ash, Linda, Tim, Randy and Remona Begin. She was predeceased by her husband, Roland E. Morin, her former husband, Richard Ash and her brothers, Raymond and William "Peter" Begin. Her Funeral Service will be held at 10AM on Thursday, October 28, 2021 at C.R. Lyons & Sons, Funeral Directors, 28 Elm St., Danvers. Burial will follow in Annunciation Cemetery, Danvers. In lieu of flowers donations may be made to the ALS Assoc. at www.als.org.

DANVERS- Barbara Jean (Begin) (Ash) Morin, 80, passed away on October 1, 2021 in the Village Regional Hospital, Florida, with her loving partner, John Oubre by her side. Born on November 19, 1940 in Danvers, Mass., she was the daughter of the... View Obituary & Service Information

The family of Barbara Jean Morin created this Life Tributes page to make it easy to share your memories.