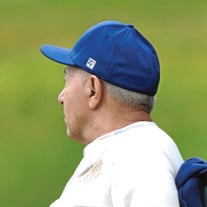 DANVERS- Antonio “Tony” Paonessa, 91, passed away on September 14, 2016 in the Kaplan Family Hospice House. He was the husband of Gale E. (Keough) Paonessa with whom he shared 69 years of marriage. Born on Sept. 14, 1925, he was the son of the late Dominic and Theresa (Severino) Paonessa. He was born in Calabria, Italy and moved to the United States when he was three years old. Tony was a graduate of Winchester High School and attended MIT. He served our country with the United States Navy during both WWII and the Korean War and was honorably discharged. He had been stationed in Newfoundland when he met his wife to be, Gale. Tony had been a home builder and had his own business, Citation Homes. When he could no longer build homes he worked as an appraiser for Saugus Bank. He also had his real estate license. In addition to his wife, Gale, he is survived by three children, Michael Paonessa and his wife, Valerie of N. Reading, Helen Norton of NH and Elizabeth Cadmus of Danvers, five grandchildren, Brian, Nathan, Tyler and Simon Paonessa and his buddy, Thomas “Powder” Cadmus, three brothers, Joseph Paonessa and his wife, Florence of Stoneham, Rev. Ralph Paonessa of Canada and Cosmo Paonessa and his wife Beverly of NH, many nieces and nephews in the U.S. and Newfoundland. He was predeceased by his brother and sister-in-law, John and Elizabeth Paonessa. His Funeral Mass will be celebrated on at 10AM on Monday, September 19, 2016 in Saint Richard Church, 90 Forest St., Danvers. Burial will follow in Annunciation Cemetery, Hobart St., Danvers. Visitation will be held on Monday prior to the Mass from 8AM-9:45AM at C.R. Lyons & Sons, Funeral Directors, 28 Elm St., Danvers. In lieu of flowers memorial donations may be made in Tony’s name to Kaplan Family Hospice House, 75 Liberty St., Danvers, MA, 01923 or Saint Richard Church, 90 Forest St., Danvers, MA, 01923.

The family of Antonio C. Paonessa created this Life Tributes page to make it easy to share your memories.