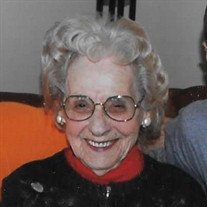 DANVERS- Alice (Gamache) Bezuka was the daughter of Ernestina (Ouimette) and Augustus Gamache. She was born, raised and married her husband, Ted Bezuka, in Danversport, where they raised their two children. She was the fourth oldest of 11 children. She was predeceased by her sisters and brothers, Jeanette (Young), Peter (Pete), Doris (LaChance), Joseph (Tweet), Arthur (Buddy), Francis (Franny), Rita (LaBrie), Marie (Winkie) St. Pierre, Shirley (Gill) and Raymond (Chuck). Alice is survived by her daughter, Janet and her husband Frank Duest of Danvers, her son Richard Bezuka and his wife, Susan of Danvers, 5 grandchildren, Linda McHugh, David Duest, Dana Bezuka, Brenda-Sue Bouffard and Paula O’Keefe, 11 great grandchildren, her sisters-in-law, Phyllis Gamache of Peabody and Dorothy Gamache of Danvers and many nieces and nephews. Alice worked over the years in several local businesses; Friend’s Box Co., Sylvania, CBS Hytron and L.F.E. She was a communicant of Saint Mary of the Annunciation Church in Danvers. Alice was an active member of the Polish Russian Lithuanian American Citizen’s Club on Cheever Street, often being there for the Saturday night meat raffle and other special occasions where she enjoyed the fun and the companionship of her many friends, and was affectionately know as Auntie Alice. The last five years of her life she enjoyed her Senior Housing Apartment on Perry Terrace in the same neighborhood where she and her husband bought their first house. Her Funeral Service will be celebrated at 11AM on Wednesday, October 26, 2016 at C.R. Lyons & Sons, Funeral Directors, 28 Elm St., Danvers. Burial will follow in Annunciation Cemetery, Danvers. Visitation will be held Wednesday morning from 9AM-10:45AM in the funeral home. In lieu of flowers, donations may be made to the PRLACC Scholarship Fund, 12 Cheever St., Danvers or Care Dimensions, 75 Sylvan St., Danvers, MA, 01923.

DANVERS- Alice (Gamache) Bezuka was the daughter of Ernestina (Ouimette) and Augustus Gamache. She was born, raised and married her husband, Ted Bezuka, in Danversport, where they raised their two children. She was the fourth oldest of 11... View Obituary & Service Information

The family of Alice M. Bezuka created this Life Tributes page to make it easy to share your memories.

DANVERS- Alice (Gamache) Bezuka was the daughter of Ernestina...